The first base vita of the Tor is in Valgrisanche. Runners have covered there 49 km with 3996 D+. And we have intermediate times in La Thuile.
Let’s see what we can learn from this first stage. What are the fastest times this far?
In La Thuile those are (runners between [] did not finish the race)

Some conclusions: Christophe likes getting out fast. And those guys either break down or hammer on to finish among the top spots. A few hours ago the first runner (Franco Colle) passed in 2:12. Very fast, but he has done it also last year and it brought him a third place. All others were well behind this pace.

Lionel Trivel passed just in first postion after 7:20, so it looks like we are heading for a slower edition.

The fastest times run between La Thuile and Valgrisenche are

Lionel Trivel just ran five hours flat today, which is the fourth time in the history of the race. 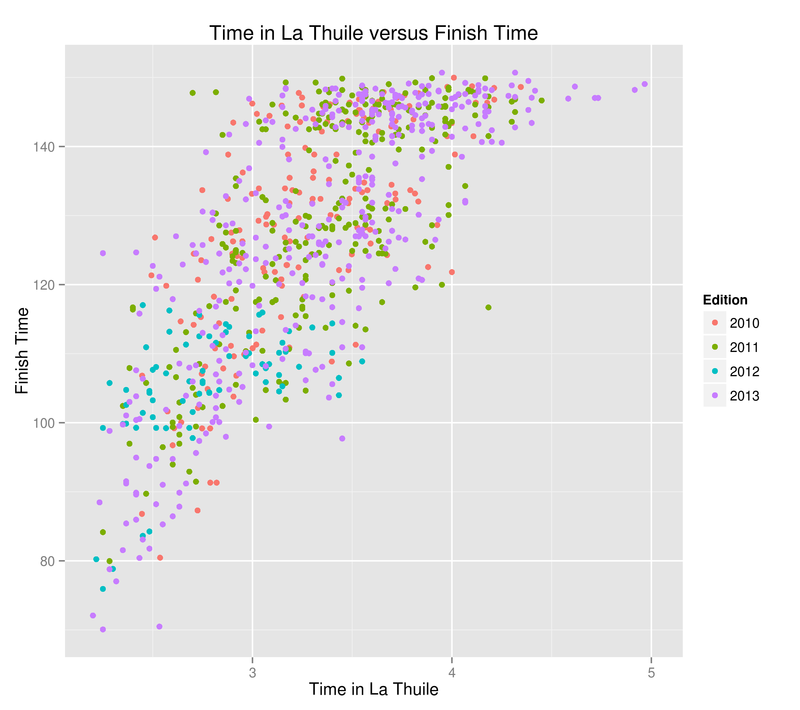 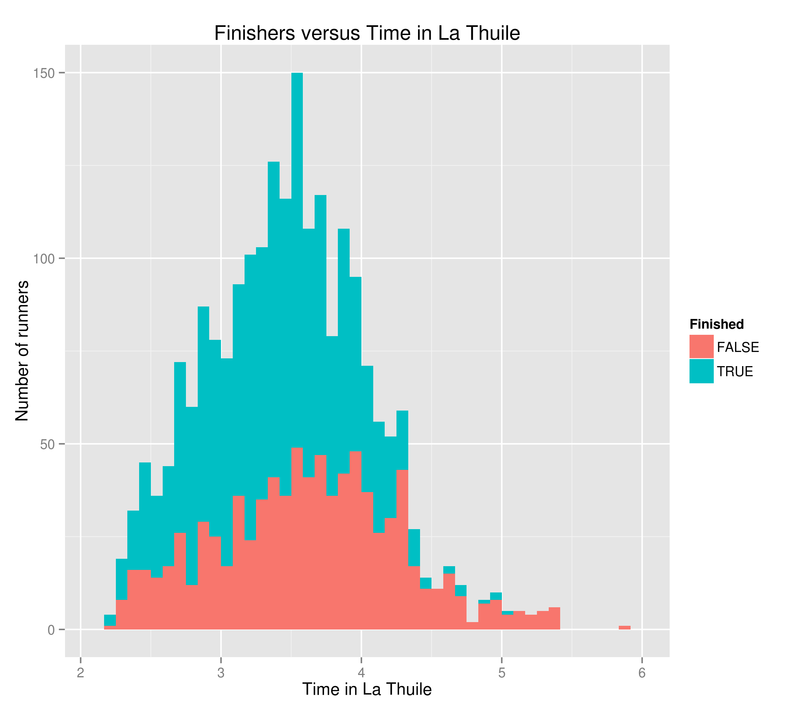 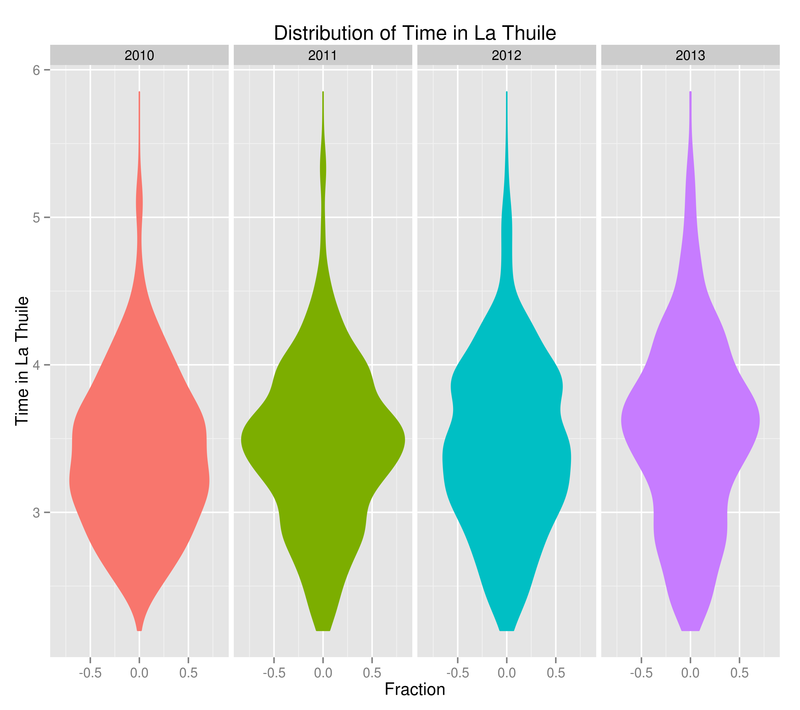 i am not sure what I should conclude from this, but is interesting to see how the distribution changes over time. It looks like more runners go out really fast and the tail of slow runners got heavier. The bulk appears to shift a little towards slower times, but I am not sure how significant that is.

The same plots as above, but this time for Valgrisanche. 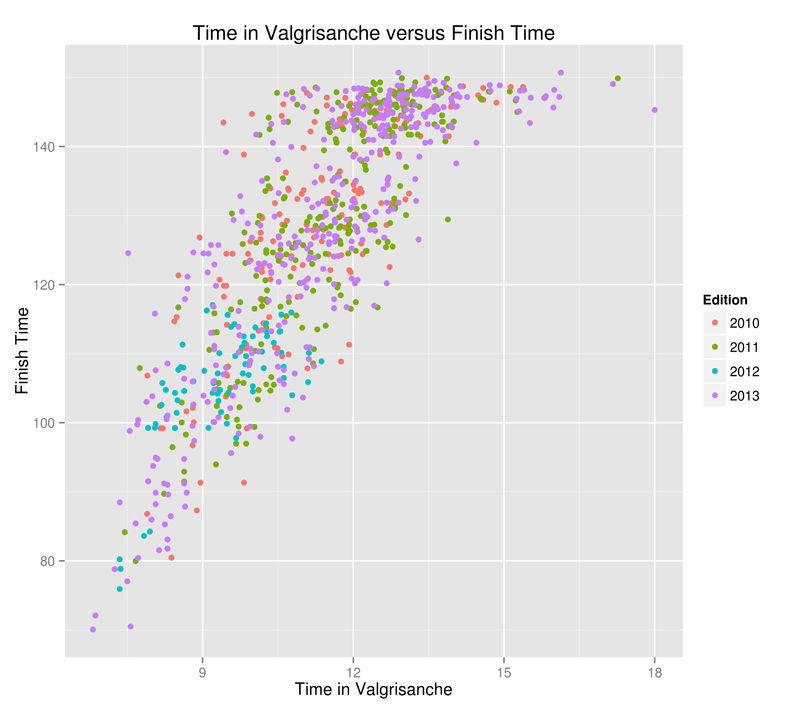 Still hard to predict finish times, but we start to see a band that gives us a raw idea when you will finish. If you do finish. 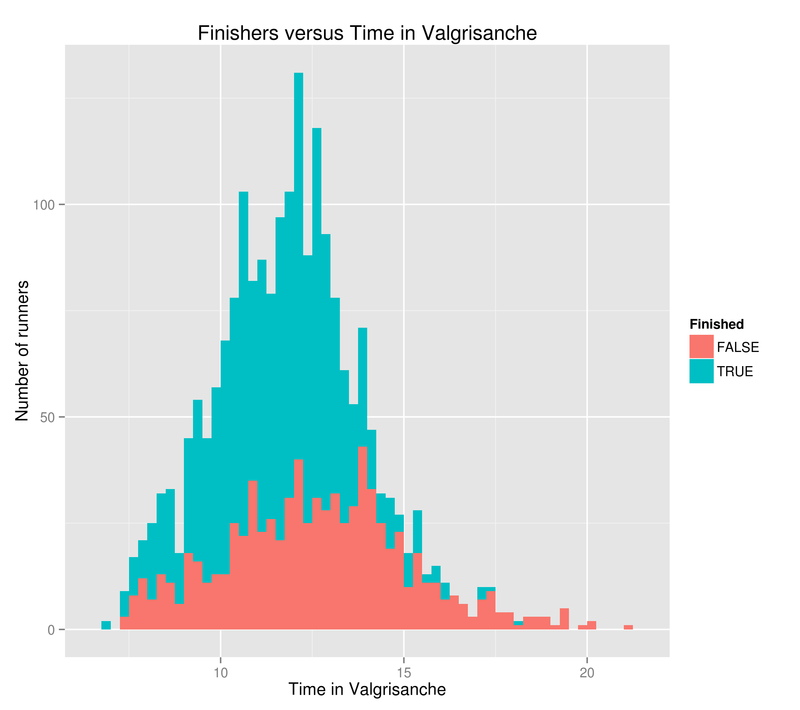 Valgrisanche has a time limit after 19 hours of running. The plot shows clearly that you have no fighting chance if you pass that late. You should get to Valgrisanche in less than 14 hours to be in good company. This means getting there before midnight. 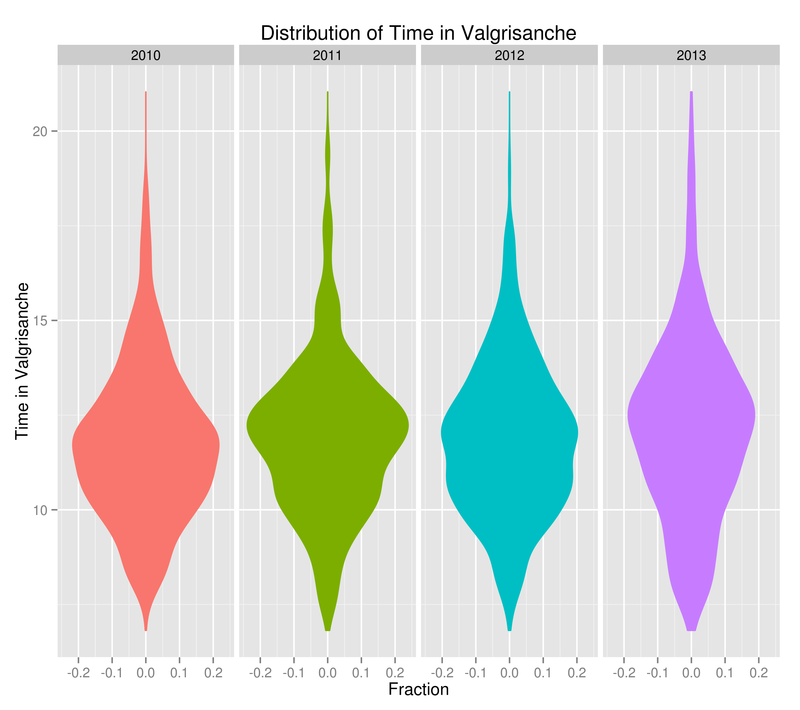 This looks rather similar to what we saw in La Thuile.

Finishing times are hard to predict from the times in the first leg, but if you are following the race you might already be happy with a prediction of the next timing. Let’s see if we can do that. This is a plot of the time between La Thuile and Valgrisanche in function of the time in La Thuile. 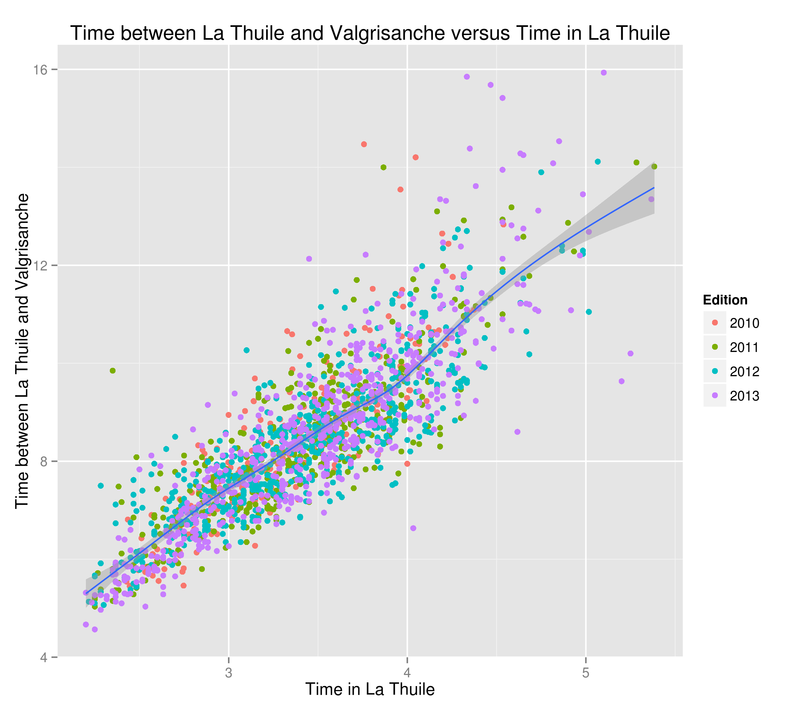 To finish the discussion of leg 1, some more records. This time of the people that stayed in Valgrisanche for the longest time and still finished.

Very impressive is the performance of Walter Jeannin: he went on to finish 19th.