The third base vita of the Tor is in Donnas. This is more or less the halfway point. Runners have covered there 44 km with 1383 D+. And we have intermediate times in Chardonney.
Let’s see what we can learn from this first stage. What are the fastest times this far?

Fastest times between Cogne and Donnas:

Fastest times between Cogne and Chardonney:

That time of Corinne is of course impossible. Her timing for leaving Cogne is probably wrong.

Fastest times between Chardonney and Donnas: 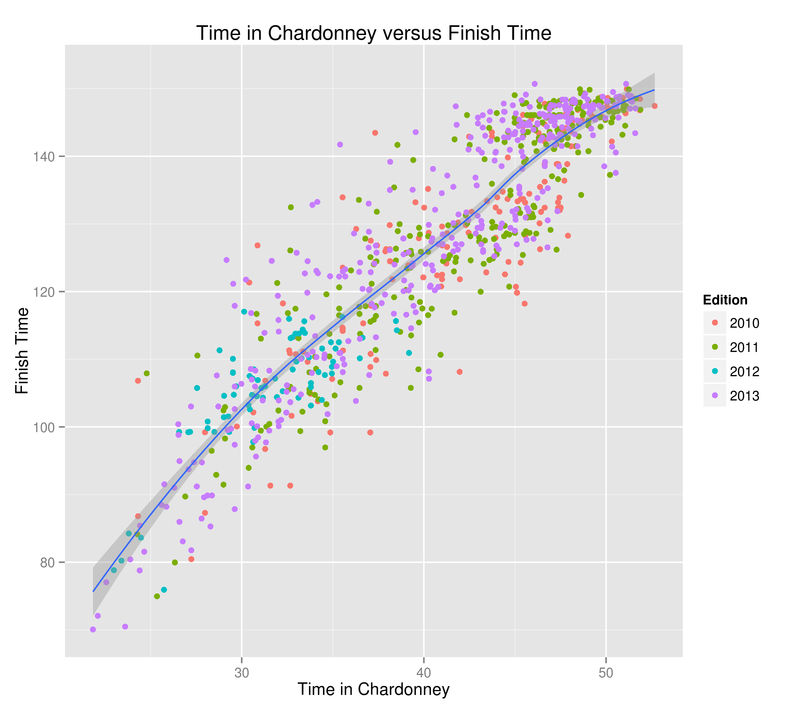 We start to see a band structure. Still very wide, so predictions can be rather far off. But at least a ballpack finish time becomes possible. 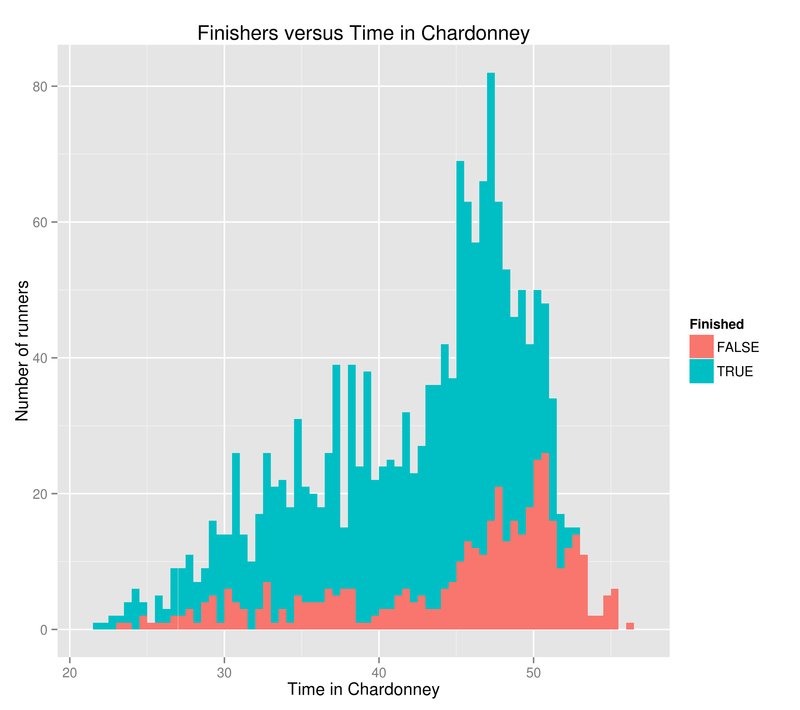 There is no time limit in Chardonney, but you should run below 52 hours to have a fighting chance. This is 2 pm on Tuesday. 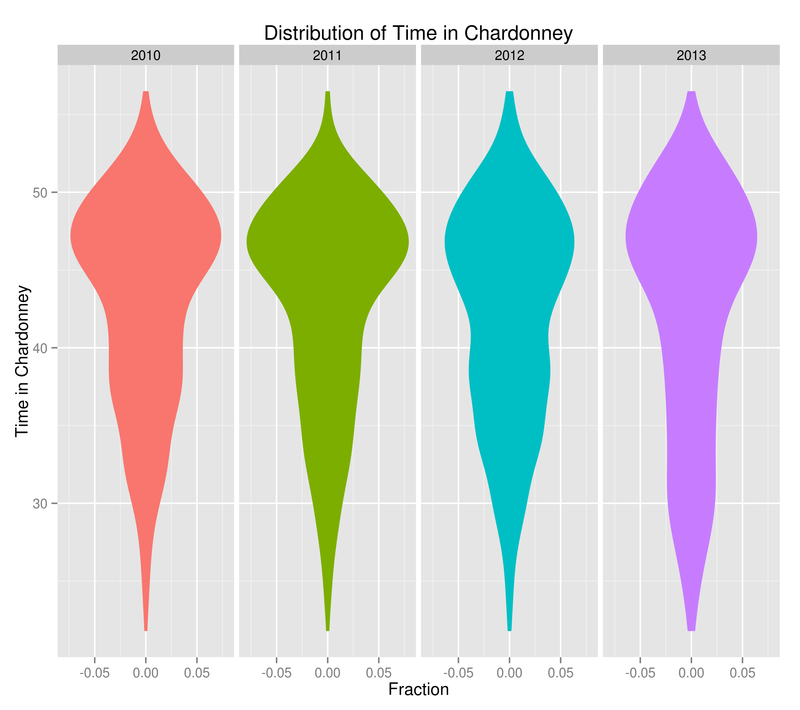 Suddenly all the years look similar. So it doesn’t really matter how fast people start in the early stages. This is what it starts to look like after a while. The bulk of runners passes Chardonney after about 48 hours. 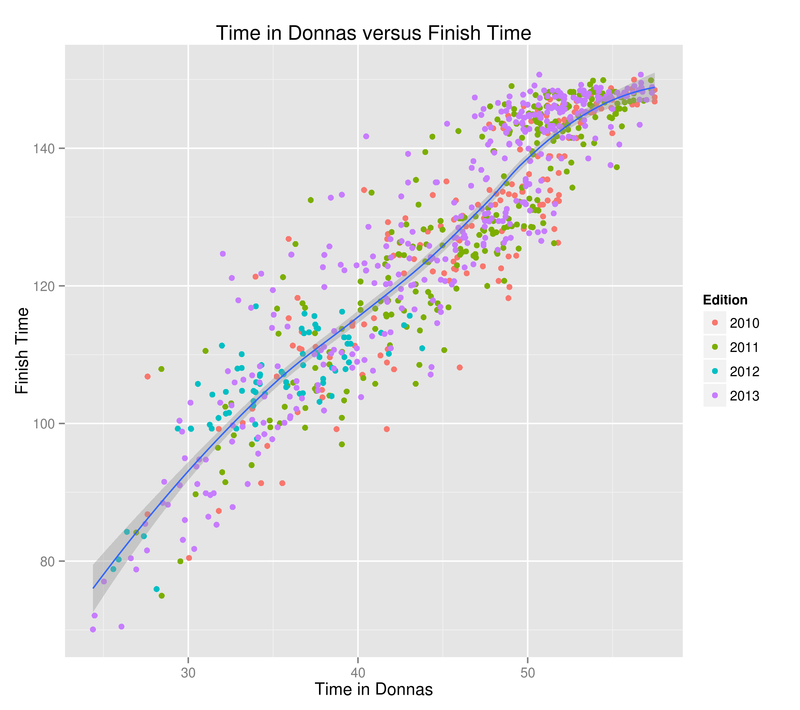 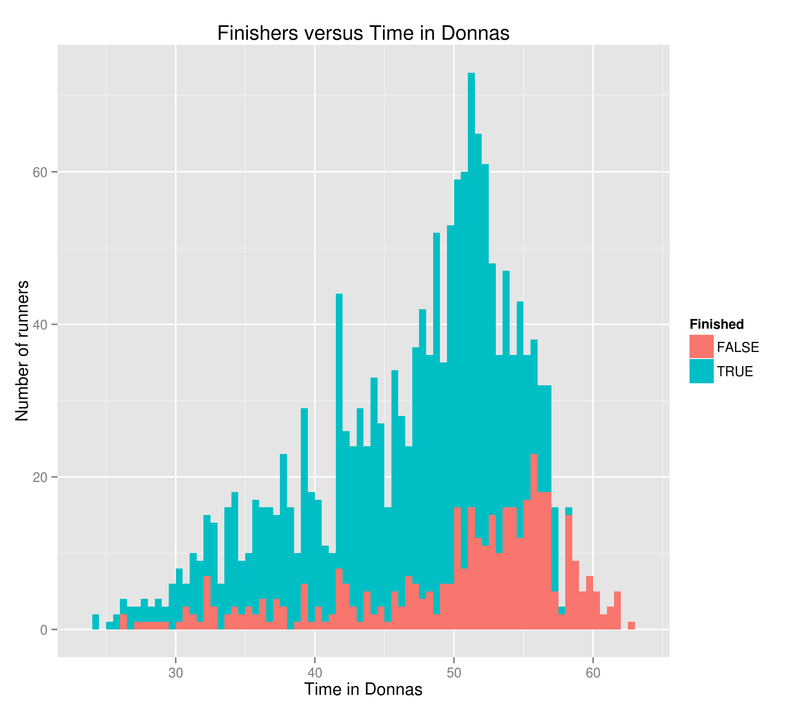 The time limit to reach Donnas is 62 hours. To have a reasonable chance you should be there in less than 58 hours. 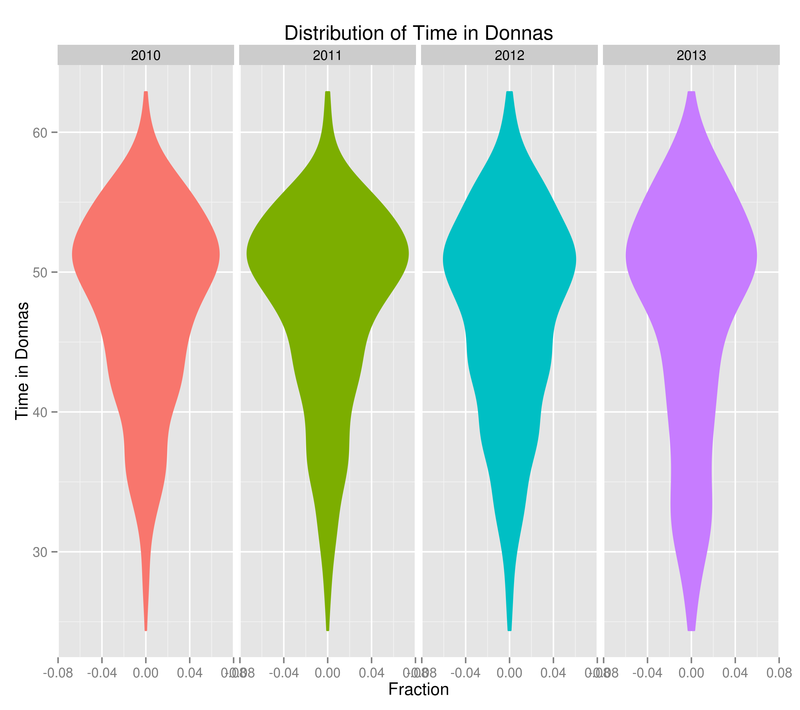 Looks the same as Chardonney. The bulk of runners arrives in Donnas after 52 hours of running.

Some plots to help you predict how long it will take to get to the next aid station with timing. The times depend on the amount of darkness and are highly variable if people sleep along the way. 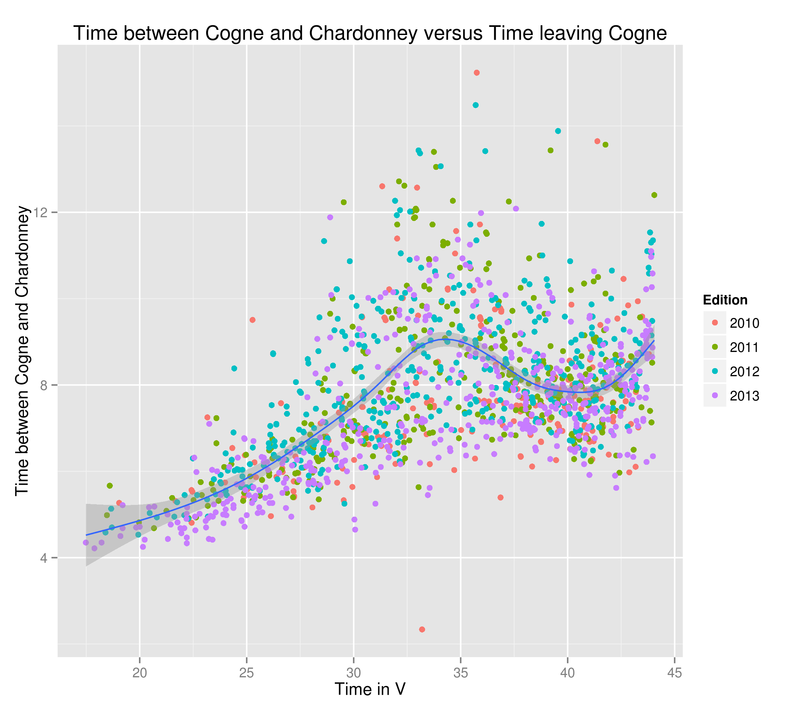 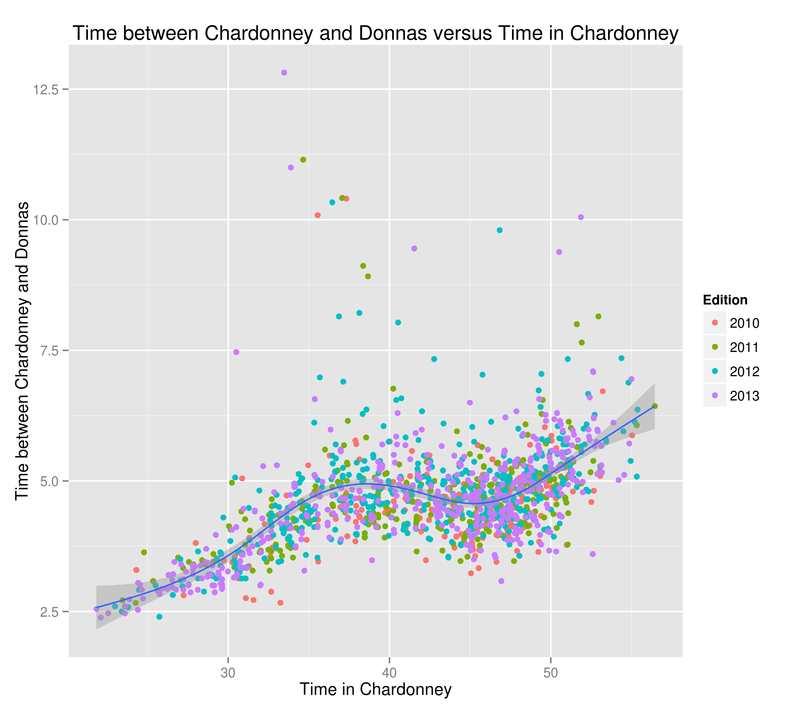 To finish the discussion of leg 3, some more records. This time of the people that stayed in Donnas for the longest time and still finished.

We’re the best. Very impressive is Giuseppe Grange, who still ran to a 12th place. 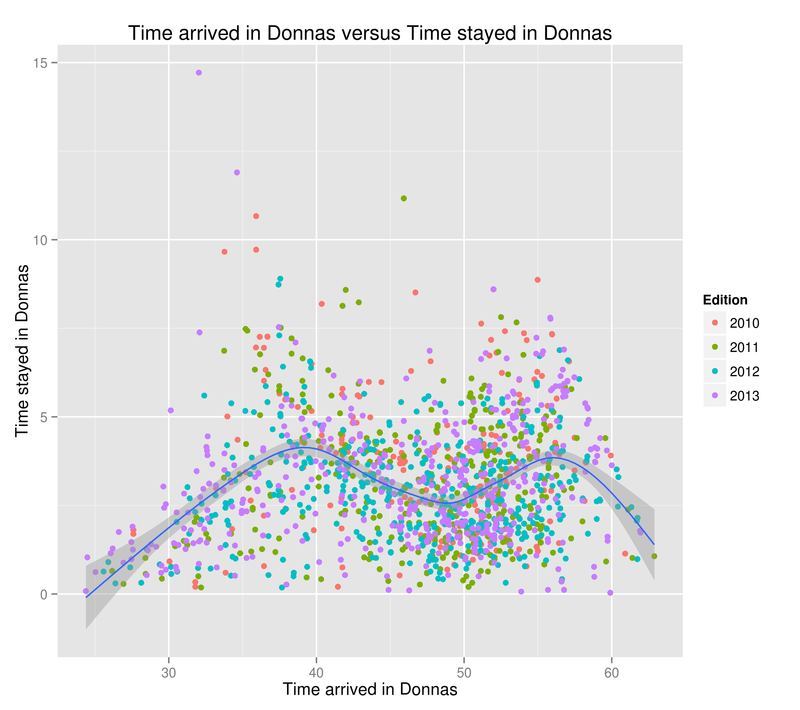 We see again that people sleep a longer time at night.