The fourth base vita of the Tor is in Gressoney. Runners have covered there 53 km with 4107 D+ since leaving Donnas. And we have intermediate times in Sassa and Niel.
Let’s see what we can learn from this first stage. What are the fastest times this far?

Fastest times between Donnas and Gressoney:

Again a probably wrong entry of a DNF that gives an impossible fast time. We see that some of the long sleepers in Donnas run as fast as the front runners.

Fastest times between Donnas and Sassa:

Well, that are some surprising names.

Fastest times between Sassa and Niel:

Fastest times between Niel and Gressoney: 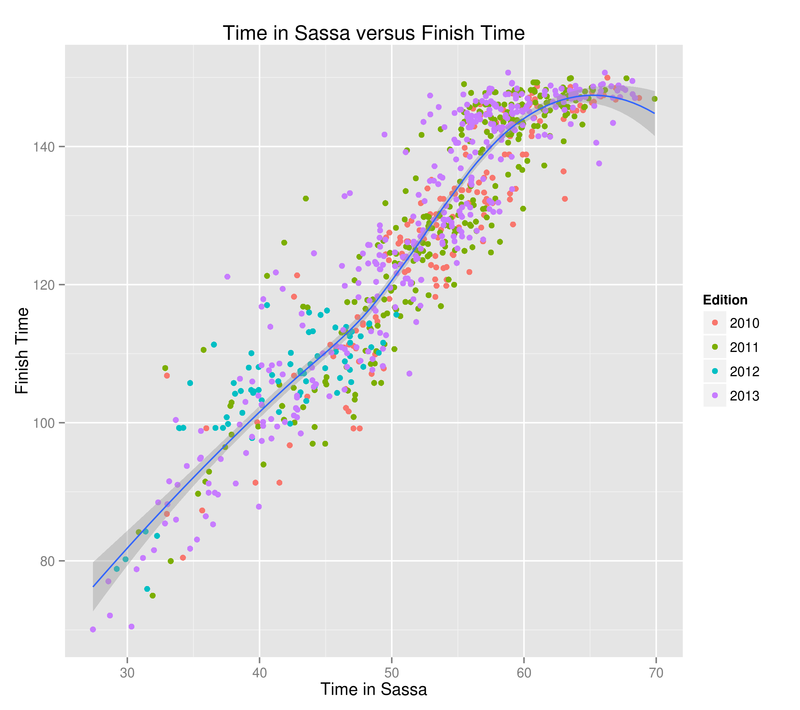 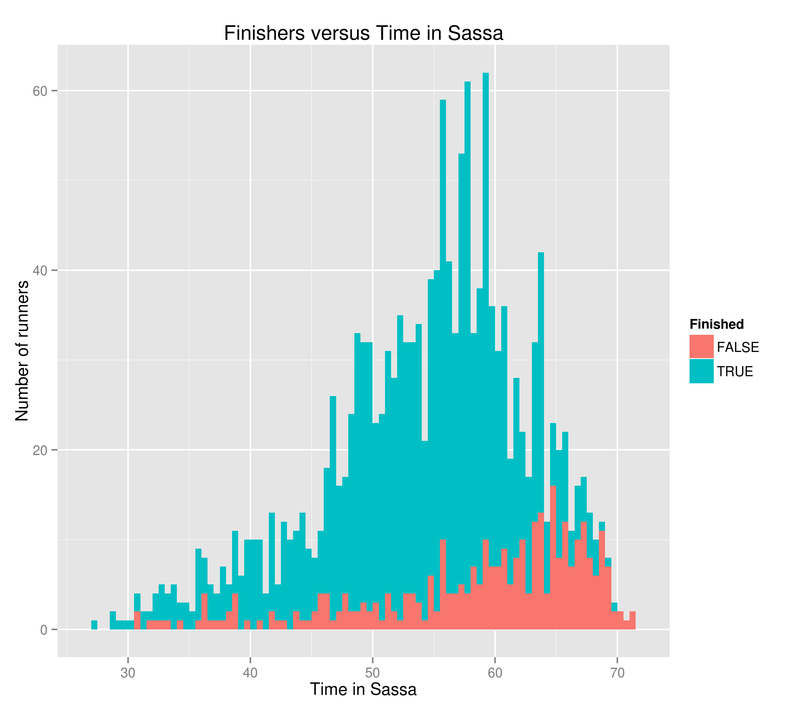 The ones that pass Sassa in less than 60 hours have a very good chance of finishing. 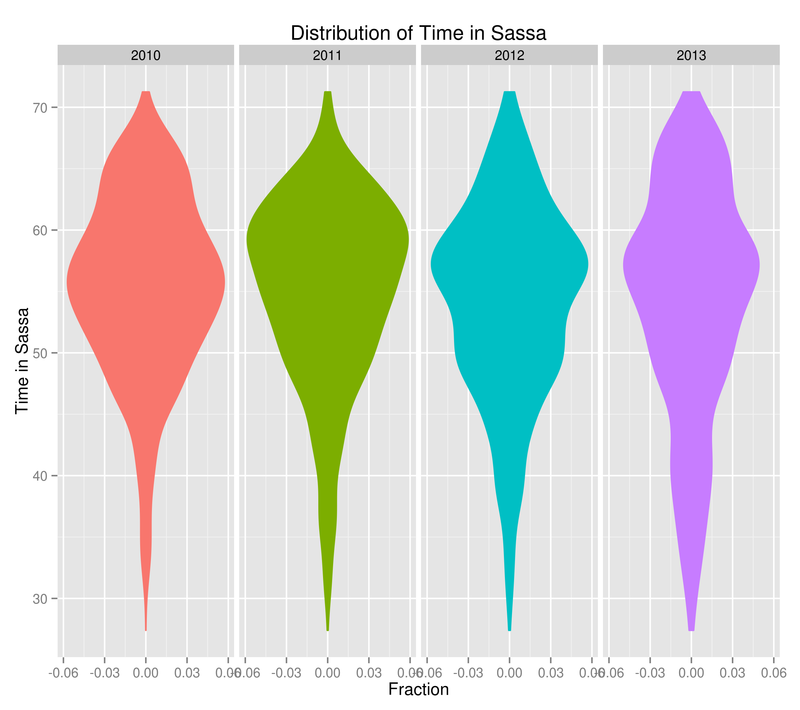 Some variation in the location of the bulk. It might depend on how long people tend to stay in Donnas. 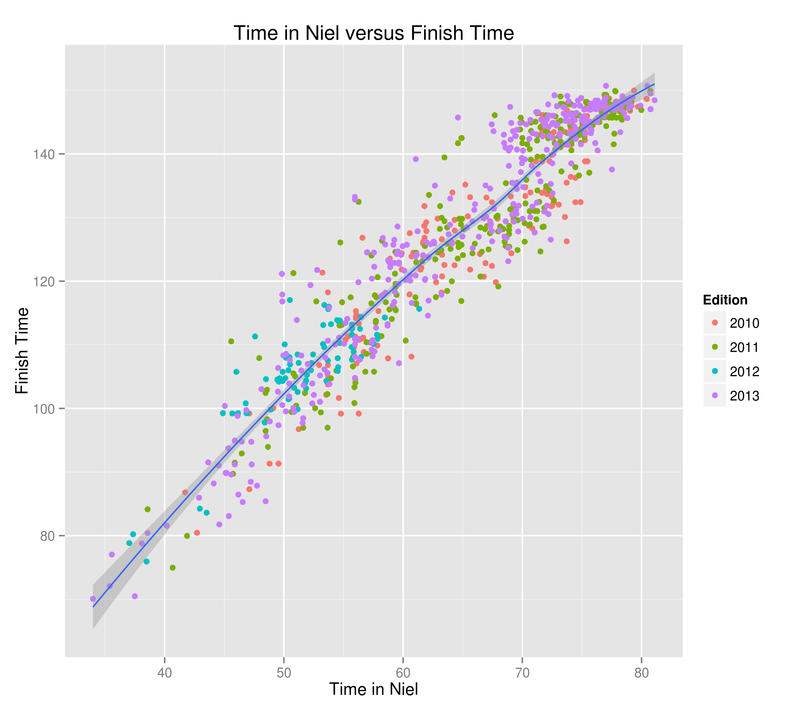 We start to see that 72 hours in Niel is more or less the difference between finishing on Friday or finishing on Saturday. 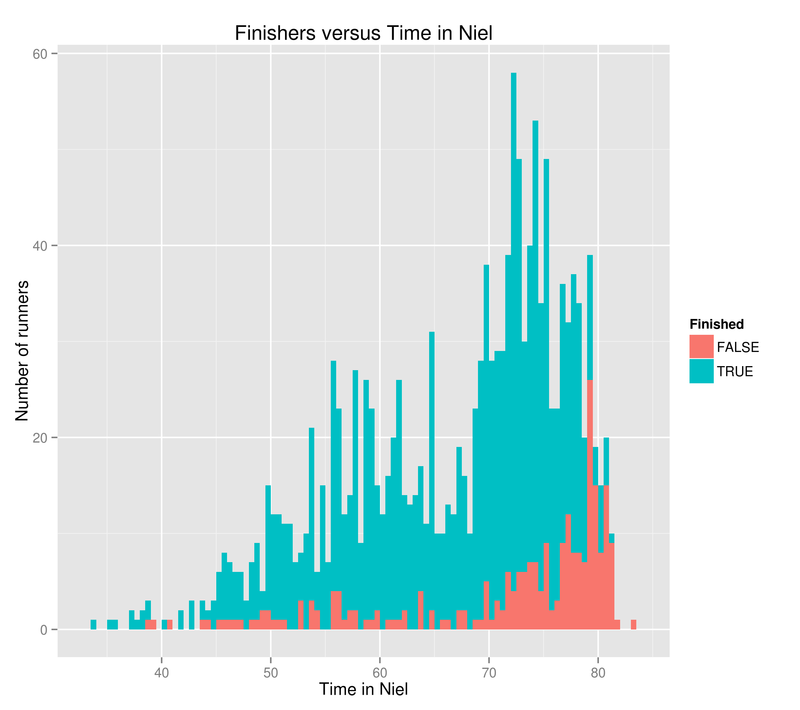 No fixed time limit, but if you pass in less than 80 hours you are golden. 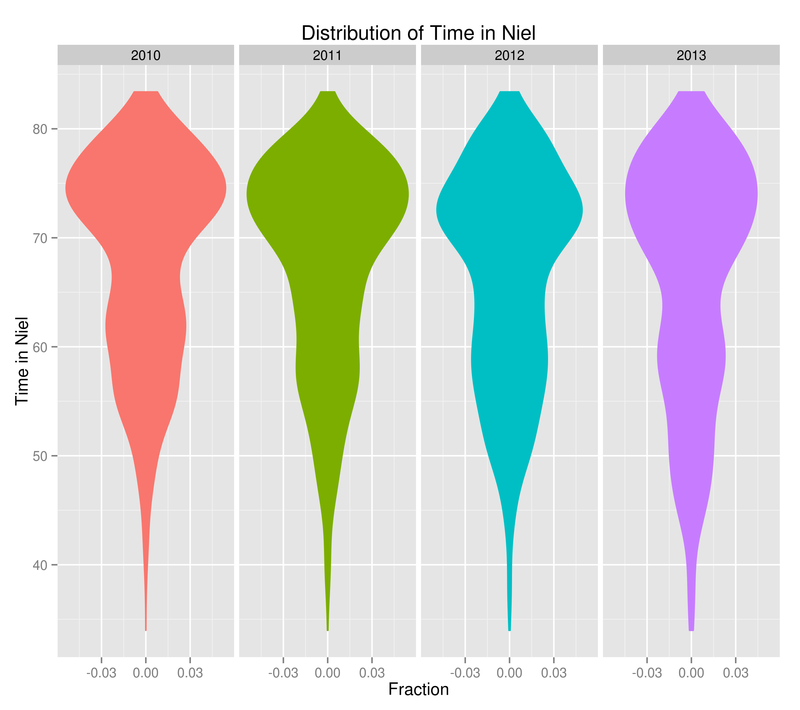 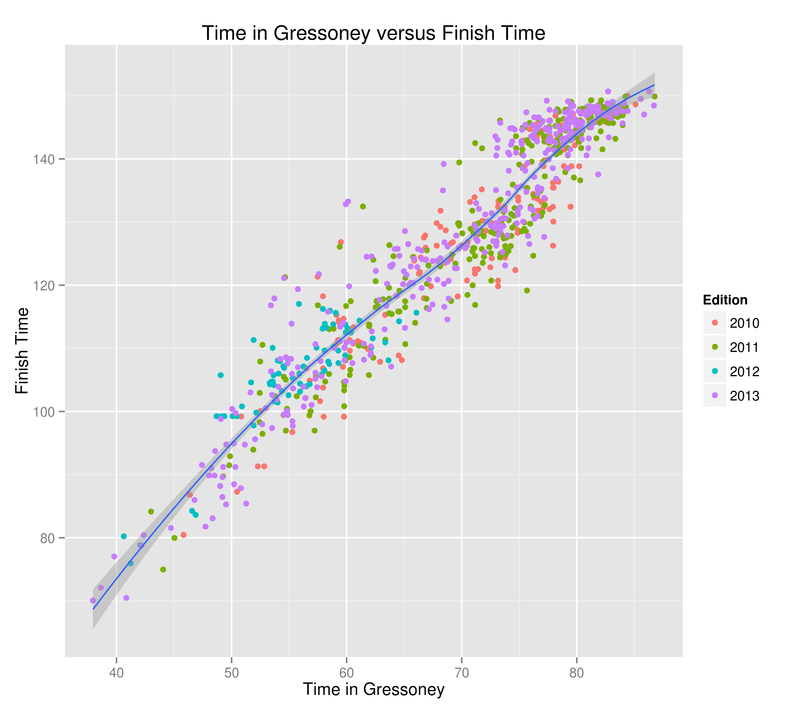 75-76 hours is more or less the distinction between finishes on Friday and finishes on Saturday. 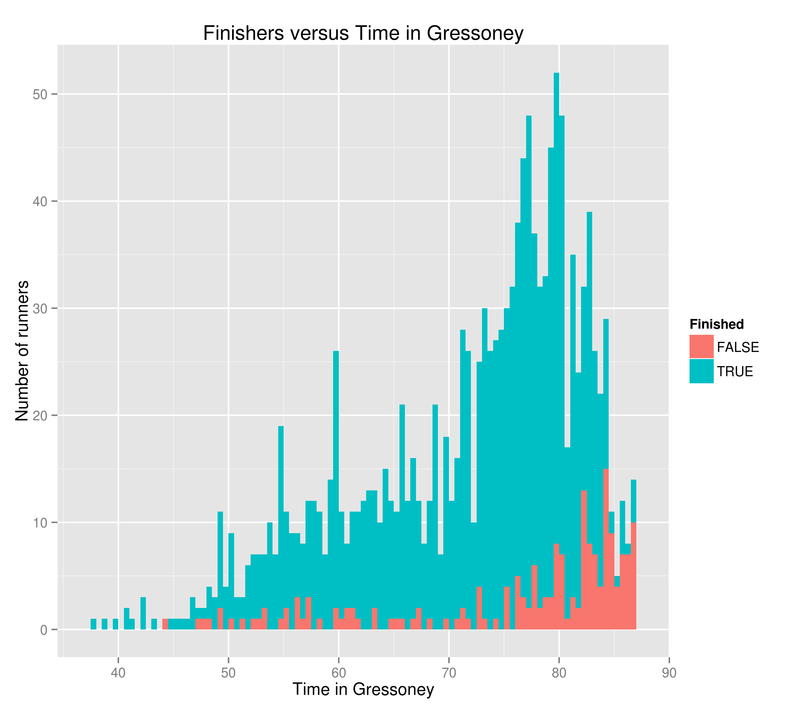 The time limit to get here is 85 hours. It looks like it is not strictly enforced (or was different in the past) and people do manage to get to the finish line past this time. As long as you are under the time limit you can do it from here on. 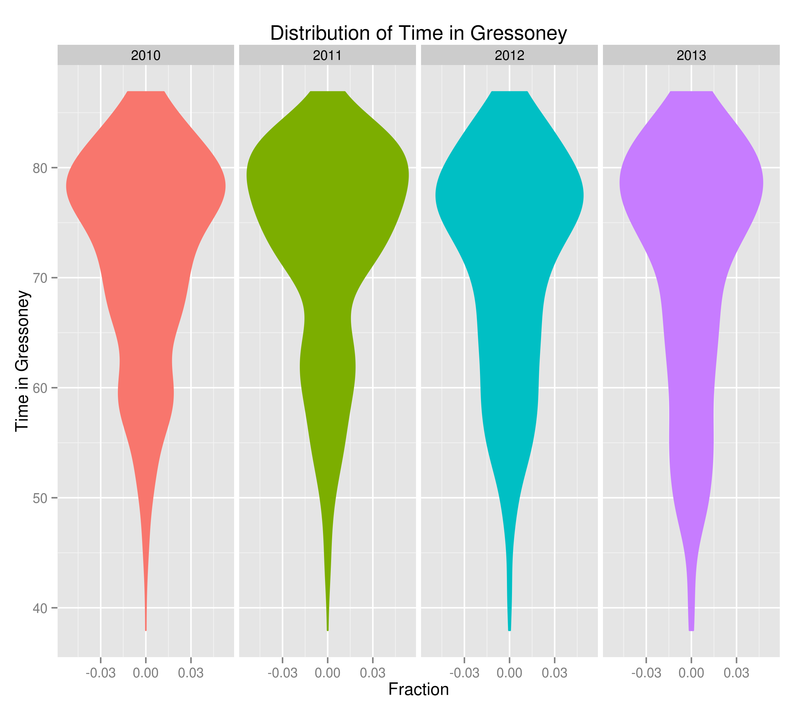 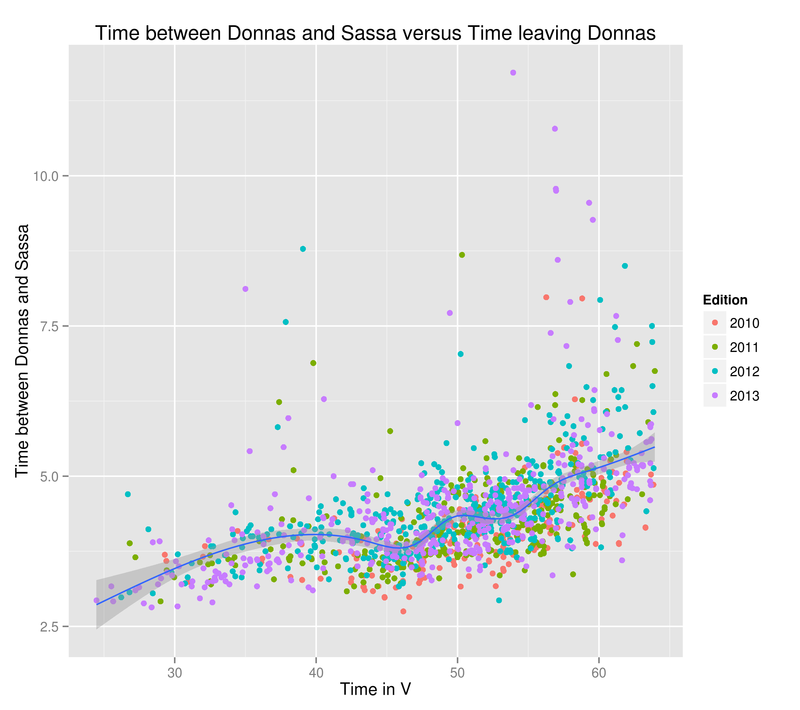 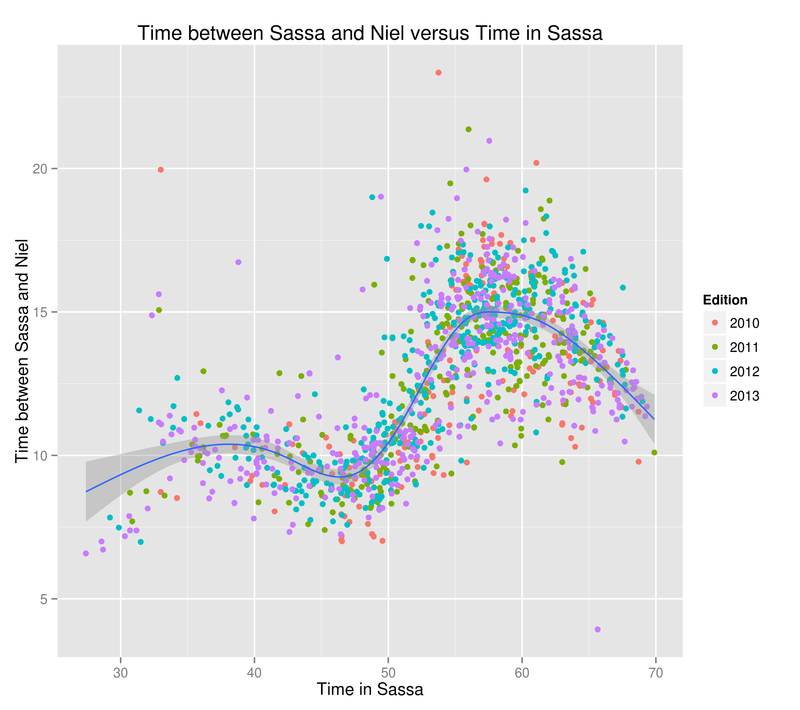 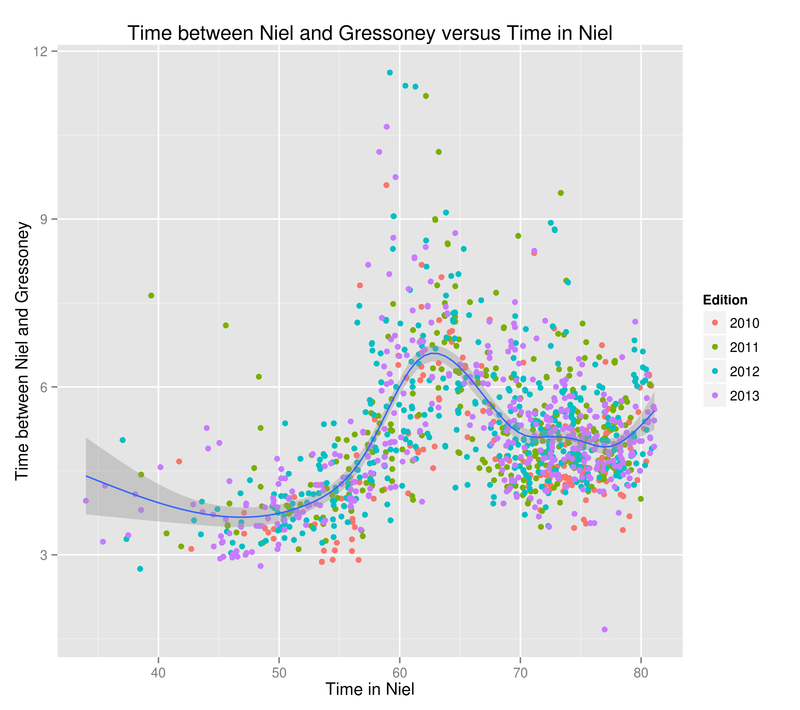 To finish the discussion of leg 1, some more records. This time of the people that stayed in Gressoney for the longest time and still finished.

There are some good attempt, but nobody managed to break my time from 2010. 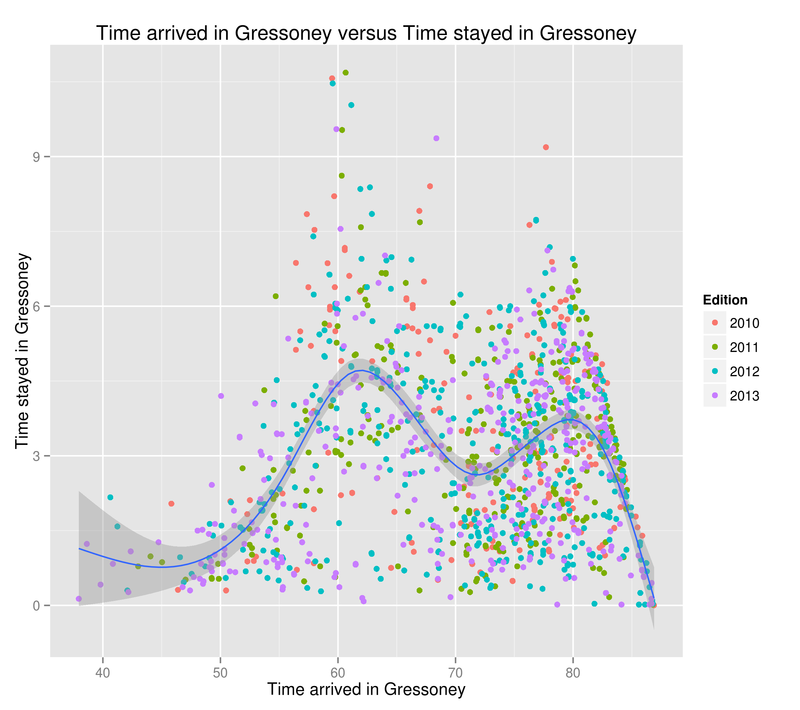 The line you see to the right are runners that stay until the time limit pushes them on.