The sixth and last base vita of the Tor is in Ollomont. Runners have covered there 44 km with 2702 D+ since leaving Valtournenche. And we have intermediate times in Cuney and Oyace.
Let’s see what we can learn from this first stage. What are the fastest times this far?

Again, it are just the front runners of 2013. No surprises.

It gets more interesting for the time needed for the different parts. We start to see other names.
Fastest times between Valtournenche and Ollomont:

Fastest times between Valtournenche and Cuney:

Fastest times between Cuney and Oyace:

Fastest times between Valtournenche and Oyace

I admit that I only added this one because my own time in Crest is lacking for some reason and I knew that I was really fast after staying 16 hours in Valtournenche.

I obviously spent too much time in Oyace. 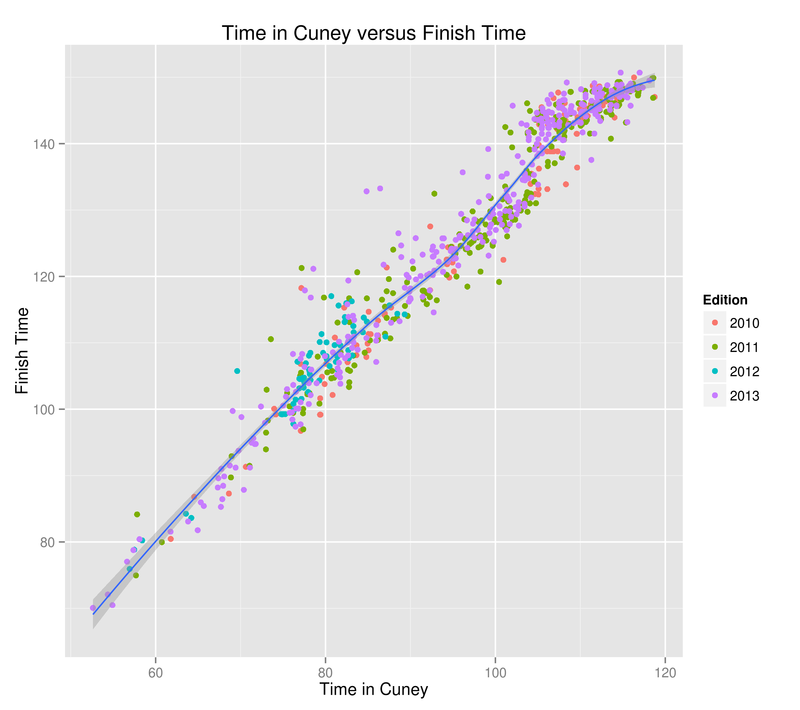 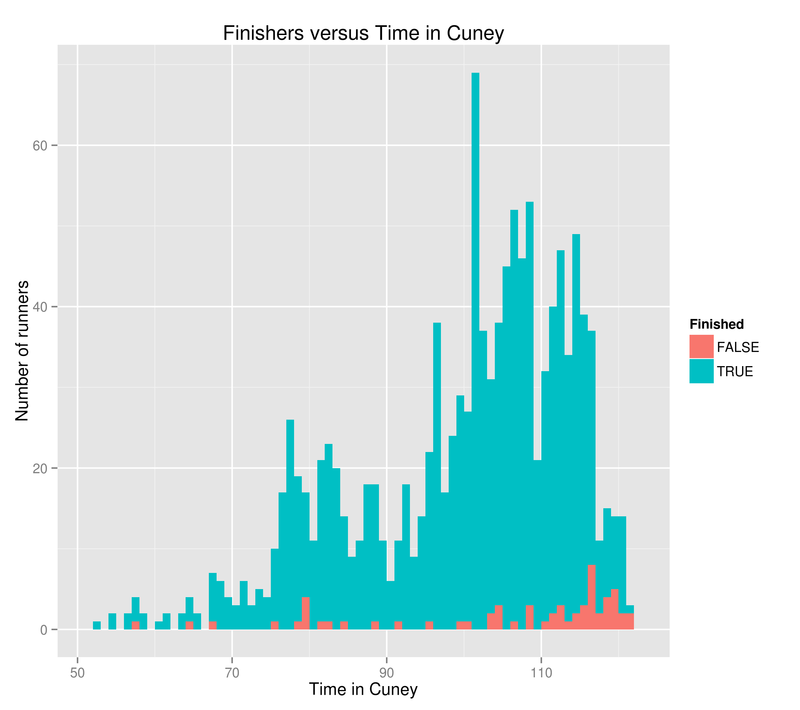 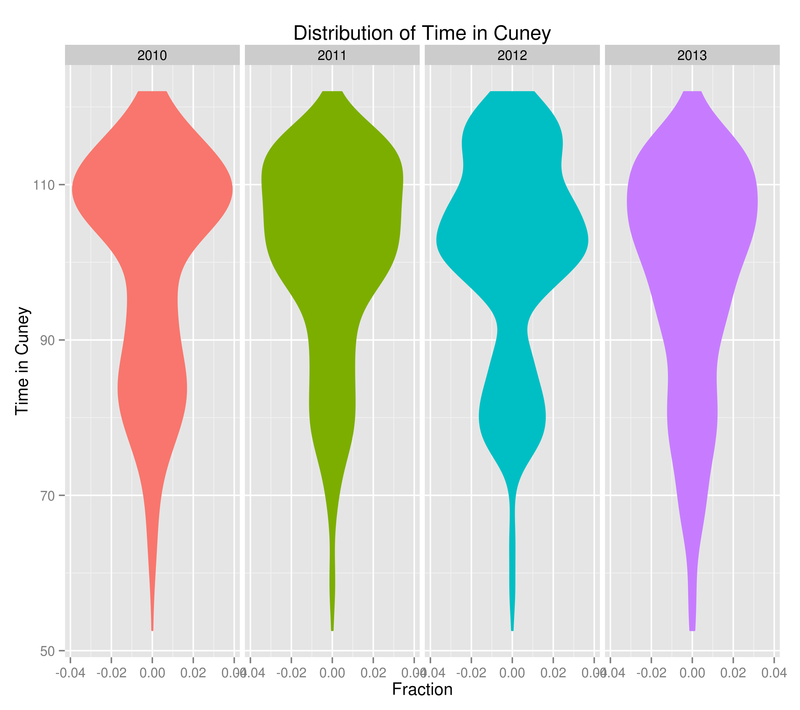 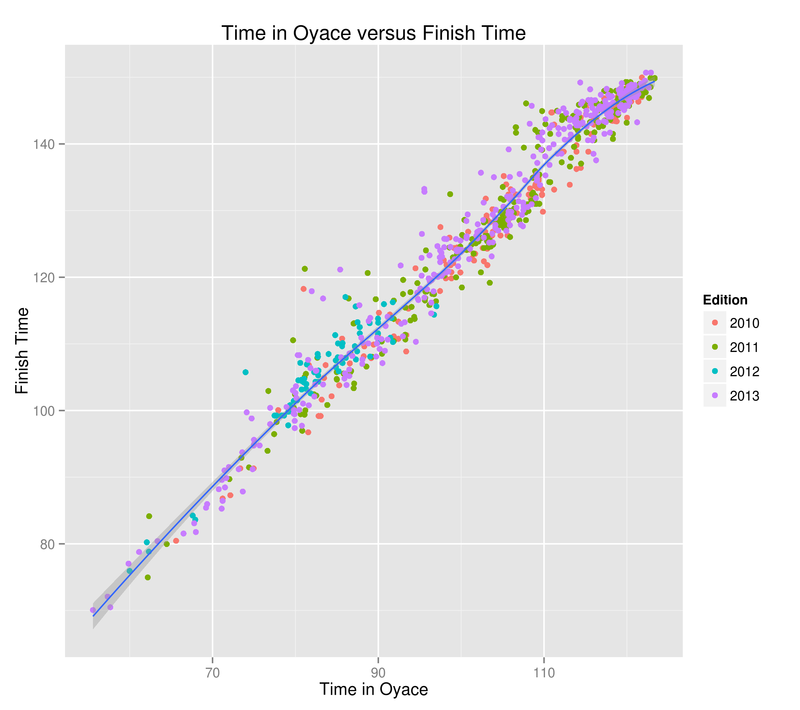 From now on you can make rather good predictions for the finish time. 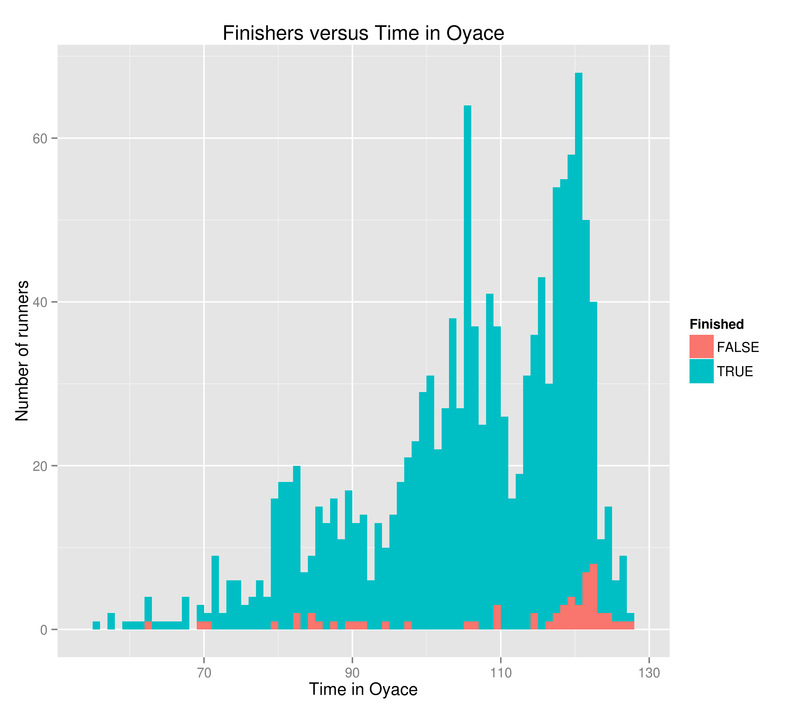 Most runners that get this far, finish as well. 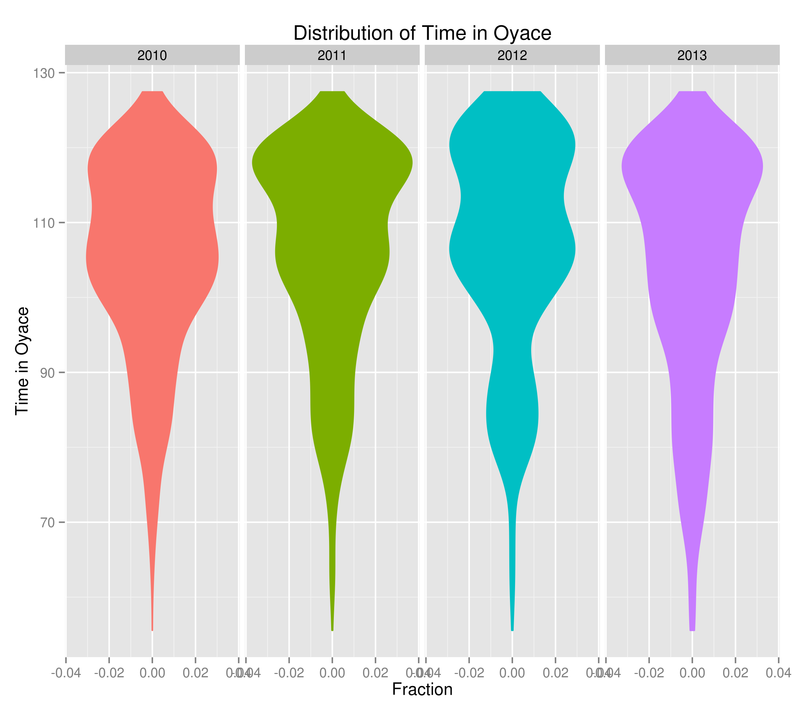 Amazing how the shapes are different in different year. The weather might be a good explanation for a big part of that variation. 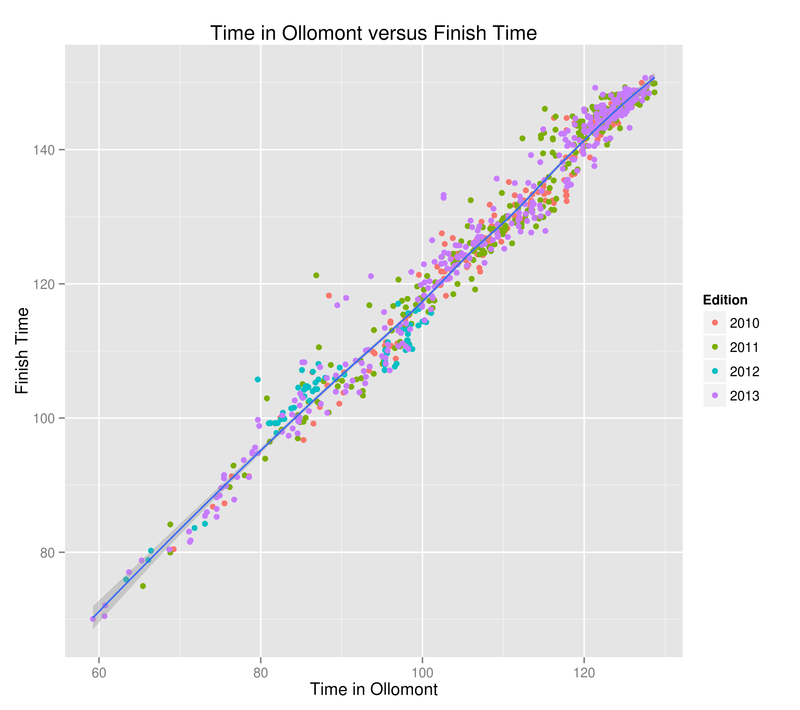 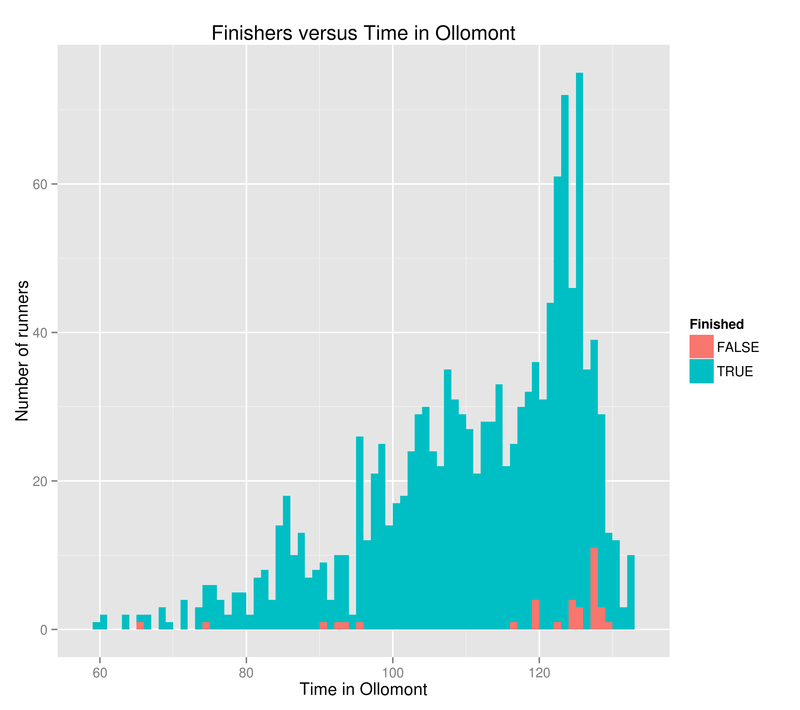 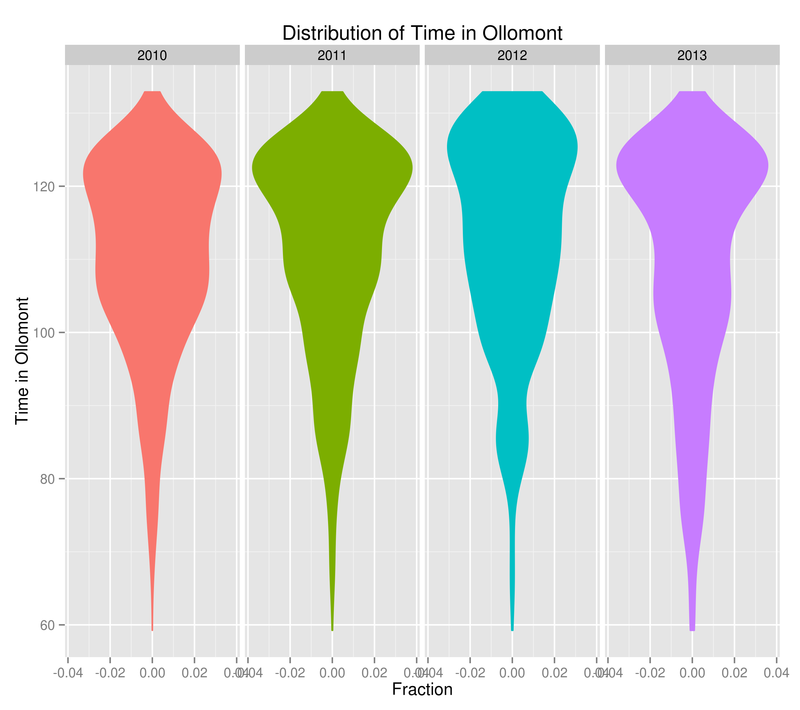 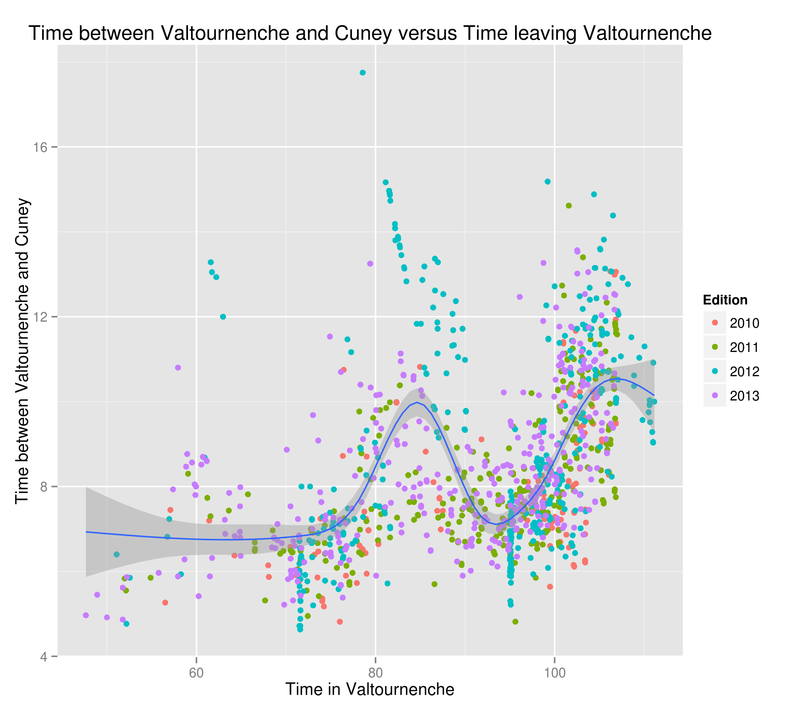 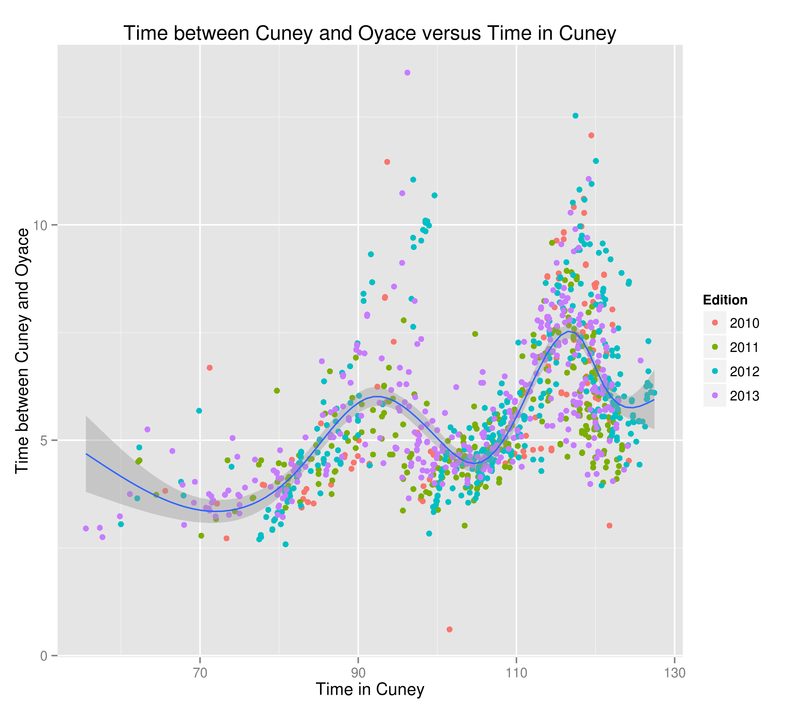 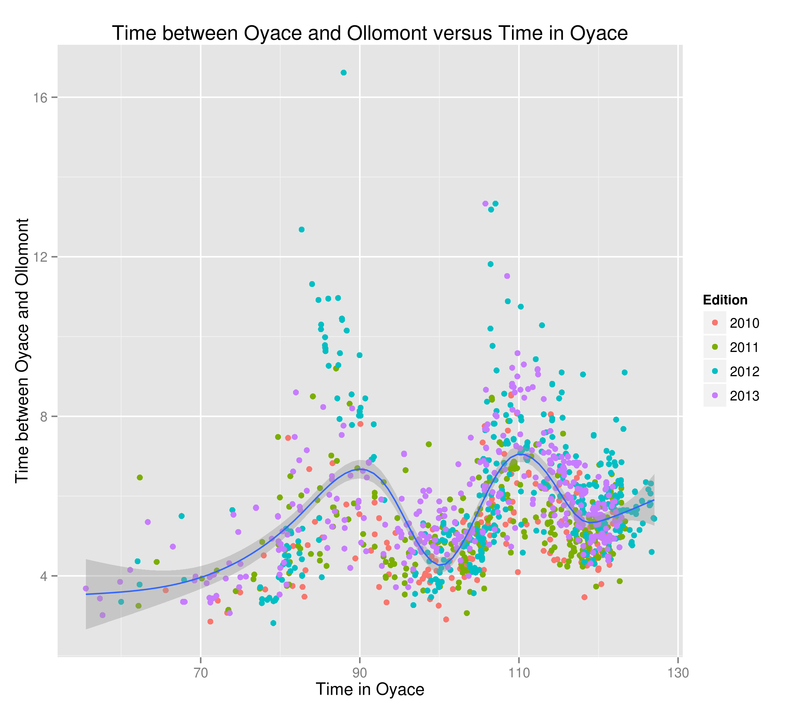 To finish the discussion of leg 6, some more records. This time of the people that stayed in Ollomont for the longest time and still finished.

Well, well, the best attempt to break my record comes from Marcassou. Who would have thought? 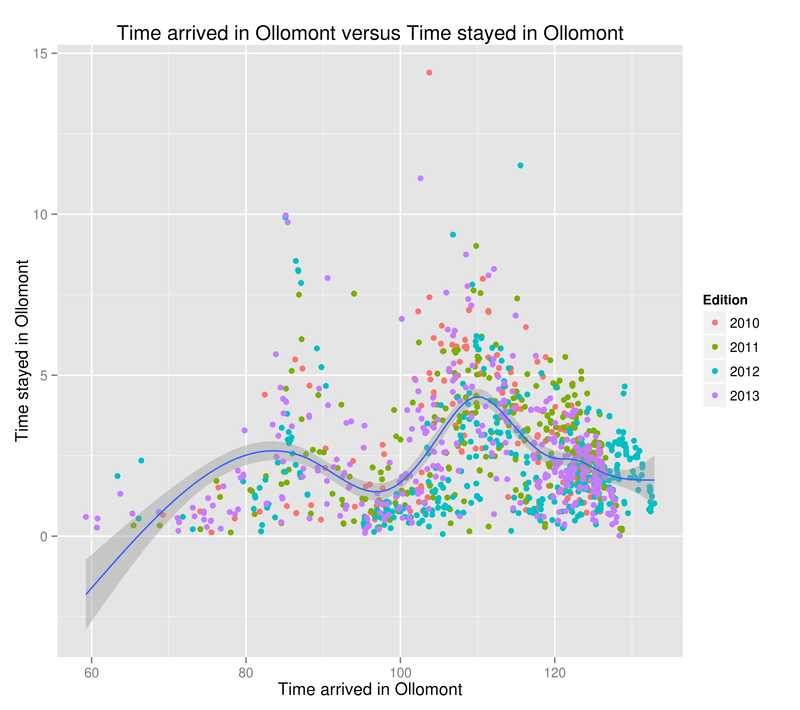